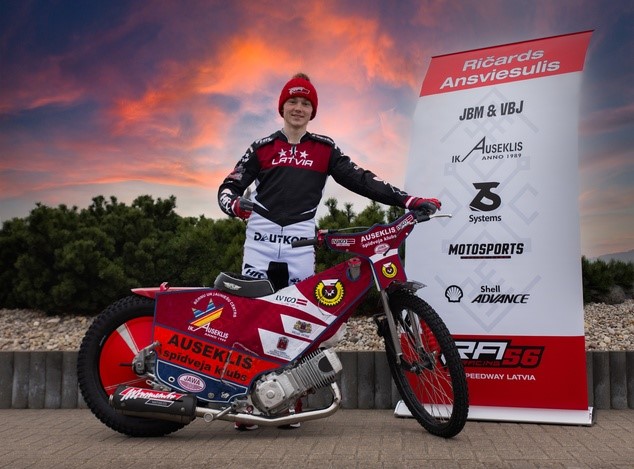 He traveled 60 thousand kilometers by bus to be able to race on the speedway. This is how the 18-year-old is fighting for his career!

The more different tracks I see and complete, the more experience I get. And experience in speedway is a lot, says Ricards Ansviesulis. The 18-year-old raced on tracks in nine countries last year and he was second to none in this respect.

The young competitor is so far quite anonymous in speedway, although he has already achieved his first successes. Last year, incl. thanks to his excellent driving, the Latvian national team won the silver medal of the U19 European Pairs Cup. Ricards Ansviesulis scored 16 points out of 18 possible in this competition, and the Latvians were one point ahead of the Poles.

The teenager is very determined to improve his skills. In Latvia, it is not possible to race regularly in competitions, so for two years now he has been traveling all over Europe and visiting every track where he has the opportunity to participate in competitions. In 2020, he raced at stadiums in nine countries (there was no second competitor in the world with such a result) and toured a total of 19 tracks. At the same time, it defeated approx. 60 thousand. kilometers. With the constraints associated with the pandemic, this result is impressive. Only Max Fricke, Mads Hansen and Rohan Tungate achieved better (20 lanes).

Ansviesulis took part in 26 competitions, which is quite a good result with the limited season and the lack of regular starts in the league. Let’s add that he traveled as much and took part in 2019.

– I really believe that in my situation, the best way to become a better speedway rider is to just do as many laps as possible and race whenever possible. I believe that in the last two seasons I have made a lot of progress with this ride. Of course, most jobs were not financially viable, but I believe that you need to get to a certain level first, and then start thinking about making money. My priority was and is to become a better player – Ricards Ansviesulis tells us

The 18-year-old believes that the more tracks he sees and completes, the more experience he gains, and this is very important in speedway. He gives an example of why he thinks this: – If you look at different riders who are older, they drive a little differently. They do not take such a risk and race wisely rather than harshly and risky – he explains.

– I think there is nothing better for juniors than spinning the track on the track, gaining experience, trying different riding positions and styles, taking different paths and testing different bike setups. Every lap counts and who knows, in the end, maybe it will help me in the race – he adds.

He got to the speedway thanks to his mother

Ricards Ansviesulis on speedway started to run a bit randomly. Motorcycles were no stranger to him, as he competed in local enduro competitions. However, he did not think about speedway. It does not come from Daugavpils, where the sport is popular, but from Riga, where only a few years ago the speedway facility was restored and a school was opened.

– Mom read on the Internet that anyone can come to the class and try it. Soon after, I sat down on a speedway motorcycle for the first time. I liked it and I am still doing it – he says.

The beginnings, however, are not easy. Not only does he have to travel a lot to be able to race at all, but he also has to combine speedway riding with learning. – My grades may not be the best, but I’m doing quite well. I’m definitely not the worst in class – he laughs, adding: – It’s not easy to combine speedway with school, but you can do it for sure.

In 2020, Ansviesulis competed at facilities in Denmark, the Czech Republic, Finland, Germany, Slovakia, Italy, Poland, and, of course, Latvia. At least one race has gone away everywhere. He drove a lot and did not always come home after competitions.

– I think that traveling is the same for me as for other competitors. It doesn’t bother me at the beginning of the season, you can also admire other countries and places. As the season progresses, however, every kilometer in the bus becomes boring. On the other hand, there is no other job like speedway that I would like to do – he explains.

I want to become the best speedway rider I can be. For now, I’m trying to work on closer goals to become an independent rider and not ask sponsors for money, but just be able to survive and maintain my speedway career out of my own pocket. This is one of the more important plans. I also want to be an important rider in the Lokomotiv team and race in every competition. In addition, this year I am counting on a good result in the Latvian championship and in the Polish Youth Championship, thanks to which I will be getting better step by step.

He knows what he still has to work on

The greatest advantage of Ansviesulis is the release from the tape. It’s part of the speedway craft that it does quite well. However, speedway is not only about losses. The Latvian knows he still has something to work on. – My weakness is the exits from the arc, but I am positive that I can handle it. For the last two seasons, I’ve been working on positioning on a motorcycle, and trust me, few people thought I would be able to ride as well as I do now. Of course, I still have a long way to go. Everyone can always be even better, even by this one percent – he explains.

This year Ricards Ansviesulis has a chance to start riding regularly in the Polish league and to fight Lokomotiv Daugavpils for a return to the eWinner of the 1st League. As for other leagues, at the moment he has an agreed performance in the Finnish league. In addition, there will probably be many competitions in youth competitions and friendly tournaments again. 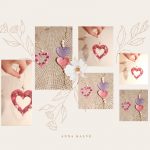